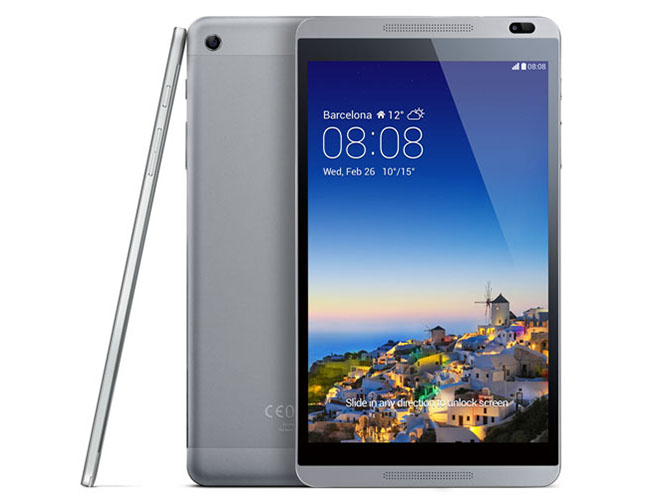 Meta: If you want to buy a tablet PC, check out this review of Huawei tablets. It describes the features of the MediaPad M5 series and the T5 and compares them.

People who have jobs that keep them away from their desks often need to take work with them. While a laptop can sometimes be too bulky and heavy to carry around, a smartphone may not have the memory capacity that is necessary for what you do. A good solution to this may be one of the Huawei tablets that are available.

The Huawei company is a multinational Chinese corporation that manufactures and sells information and communications technology (ICT), smartphones, computers, and tablets for businesses and consumers.

Their involvement also includes telecommunications infrastructure and cloud services. It includes the U1,900, which is a unified gateway for conferencing and voice services on the cloud.

The company’s line of tablet computers continues to grow, and they have about 14 models currently available. They come with difficult screen sizes, so you can get one to fit in your briefcase or purse to take to work or school. Some of the new tablets include the Huawei:

Some of the features that buyers will get when they buy a Huawei tablet are:

This review will identify more features on each tablet for our readers. 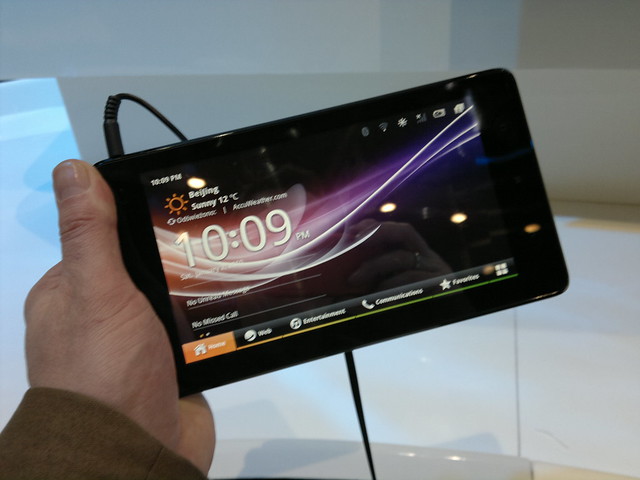 We researched each Huawei tablet currently available for sale. We read about their features and the reputation of the company. Also, we read the testimonials and reviews from those who own the tablets. After gathering this information, we used it to give each model a star rating from one to five stars, with five being the best, to make it easier to find the best Huawei tablet PCs. 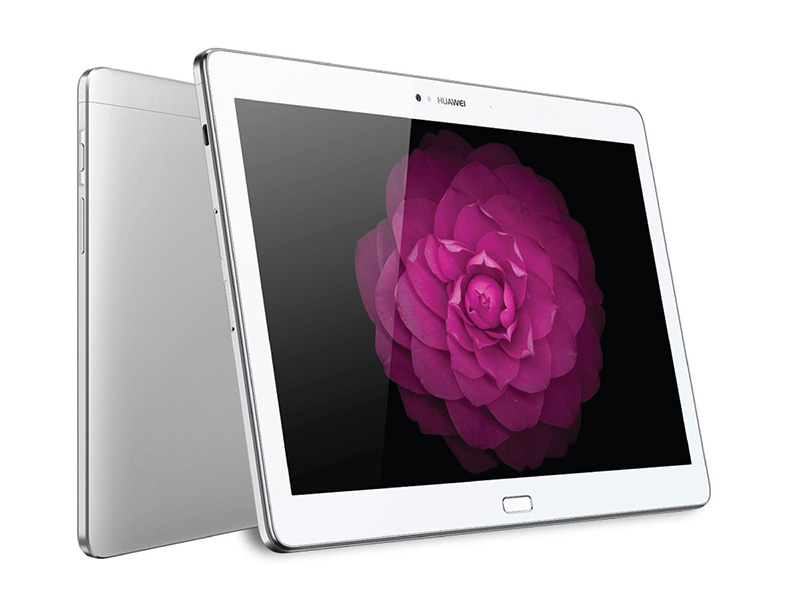 Here are some of the tablet PC models that are currently available on the market.

The MediaPad M5 Lite is a 2019 model with a curved edge 2.5D display that is 10.1-inches and has 1080 pixels. The 1080p screen is full HD or FHD, and, together with Huawei’s ClairVu feature, it produces a clearer picture as it enhances the clarity and brightness of the screen.

It has the HiSilicon Kirin 659, which is an octa-core processor for mid-range tablets and smartphones. The tablet also has dual cameras, one in front and one in the back that are eight megapixels. It has three gigabytes of RAM and 32 gigabytes of ROM.

To clearly hear the sound from music or videos, it has four Harman Kardon speakers. It also has Huawei’s Histen 5.0, which is stereo audio that helps create 3D surround sound. The tablet includes an M-lite stylus for writing notes on the screen.

The 7500 mAh battery quickly charges the M5 Lite in only 2.9 hours. Along with the Smart Power-Saving feature, movie lovers can watch up to 12 hours of videos. The tablet uses Android 8.0 (Oreo) and EMUI 8.0, or Emotion UI, which provides features like:

Many other features are available with EMUI. The tablet can also reduce harmful blue light and has a sensor to alert adults to the screen being too close to a child’s face.

The MediaPad T5 tablet by Huawei has a 10.1-inch curved display with a resolution of 1080 pixels, which makes it full HD. They enhance the picture with ClairVu technology to give it more clarity and better brightness. It also reduces blue light to keep from harming the user’s eyes.

Like many of the other tablets, it has Kirin 659, an octa-core processor chipset that provides the device with the computing power it needs. The processor provides the T5 with a stable WiFi connection. It has two gigabytes of RAM and 16 gigabytes of ROM Hard Disk Drive (HDD) memory, along with an expandable microSD card slot that is 256 gigabytes.

To take videos and still images, it has rear- and front-facing cameras. The rear camera has an aperture of F2.4 and five megapixels, while the front camera has an F2.4 aperture and two megapixels. With a 5100 mAh battery and Huawei’s Smart Power-Saving feature, the tablet has a video playback time of approximately 10 hours.

The Huawei corporation, along with Harman Kardon, provides great sound for their tablets by co-engineering the speaker system. The dual-speakers have concert hall audio effects with rich sound that gives them more bass and less noise distortion whether you're listening to music or watching a video.

The tablet’s operating system is a combination of Android 8.0 (Oreo) plus Huawei’s EMUI, Emotion UI, 8.0. The EMUI provides some of the AI features as described above.

Huawei produces four versions of the M5 tablet with this one being the M5 10.8-inch tablet. The larger display uses 2.5D glass, which is glass with curves along the edges, and sides that are thinner in the middle. The screen is high-resolution and offers 2560 x 1600 pixels. It gives viewers a wider view because it has an 82 percent screen-to-body ratio.

The metal frame of the tablet has a curve in it as well to accommodate the glass. The tablet features the Kirin 960 octa-core processor chipset, which gives it stable Wi-Fi connectivity. The rear camera has an F2.2 aperture with 13 megapixels, and the front camera is F2.2 with eight megapixels.

The tablet has four gigabytes of RAM and 64 gigabytes of ROM memory to help buyers store school or work papers with their video and audio files. It has rich 3D sound thanks to Huawei Histen, and it supports HiFi headphones for private listening. It has four speakers that Harman Kardon tunes and certifies.

If the 7500 mAh battery is low or has run out of power, then it fully recharges in only 2.9 hours. Use the Smart Power-Saving setting to get 11 hours of video time. The battery, which is lithium polymer, has a life of about 10.5 hours.

The tablet has an Android 8.0 (Oreo) plus EMUI 8.0 operating system that provides the user with many advanced artificial intelligence features. It can also recognize the fingerprint of the owner to activate the tablet.

If you need a smaller tablet for school or for carrying in a purse, then the Huamei M5 8.4-inch tablet may be the perfect size for your needs. 2.5D curved glass is available on this device, which provides a high-resolution picture with 359 pixels per inch (PPI). It also uses the company’s ClairVu technology to provide a brighter, clearer picture.

For more power and faster processing speeds than many other tablets, the M5 uses Kirin 960, which is an eight-piece chipset running at 2.1 gigahertz. It has a nice amount of hard drive space with 64 gigabytes and four gigabytes of RAM, along with a slot for a microSD card with 256 gigabytes.

As with most of Huawei’s recent line of tablets, this one runs Android 8.0 (Oreo) and Emotion UI 8.0, which provides a wide variety of Artificial Intelligence (AI) features. The 5100 mAh battery only needs 1.9 hours of charging time to provide 11 hours of video playback.

Another of the MediaPad M5 tablets is the M5 Pro. It has a 10.8-inch display with 2.5D curved glass in a Champagne Gold metallic body. The screen is high-resolution with 280 Pixels Per Inch (PPI) or 2560 x 1600. It gives users a wider view with an 82 percent ratio. It comes with an M Pen stylus for writing on your screen, or your kids can draw on the tablet.

Like the other M5 tablets, it uses an Android 8.0 (Oreo) and EMUI 8.0 operating system. Along with the Kirin 960 octa-core processing chipset, which runs at 2.1 gigahertz, it has the power and speed you need to get work done quickly.

For a tablet, it also has good hard drive space with 64 gigabytes of ROM memory and four gigabytes of RAM. There is also a slot for a 256-gigabyte microSD card.

Its 7200 mAh battery charges to full in just 2.9 hours. By using the Smart Power-Saving feature, users can get 10 hours of video playback time. It has dual cameras for taking still images or videos.

With Harman Kardon quad speakers and Huawei’s Histen, the sound on this tablet allows you to clearly hear the voices on your favorite movie, the soundtrack, or music in 3D. This system also supports HiFi headphones when you want to listen privately. 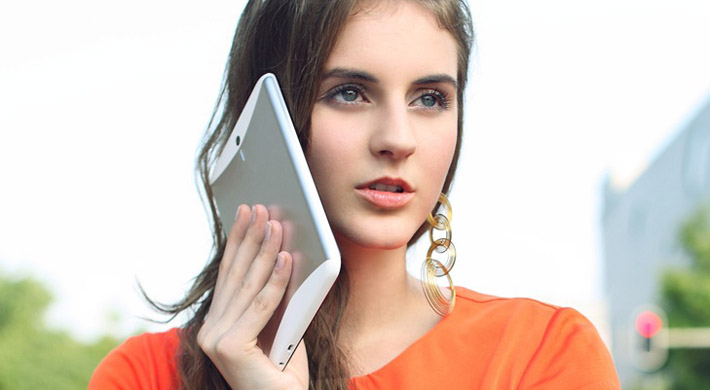 Although the Huawei tablets have many of the same features, the best choice among the M5 series and T5 tablet is the MediaPad M5 Pro. It has several great features for a reasonable price, especially when comparing it to the Apple iPad Air with similar specifications.