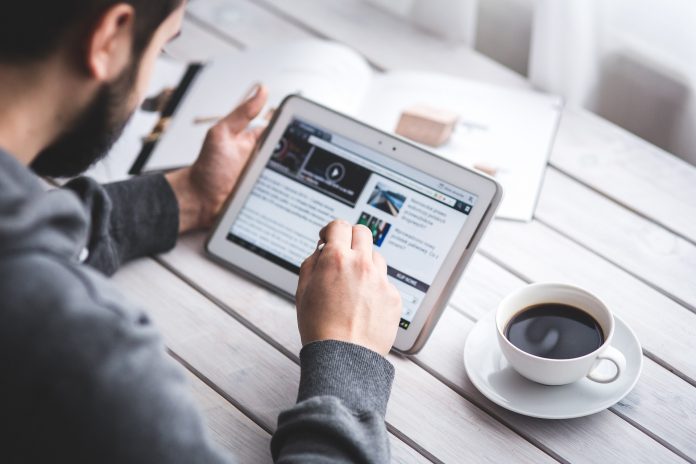 If you are in the market for a new tablet, then you probably have already heard about Samsung’s Galaxy tablets. Samsung is known for selling quality tablets that are the main competitors to Apple’s iPads. Typically, Samsung’s tablets are more expensive than other Android tablets due to their sleek design, strong performance, and their unique features that add extra convenience and versatility. Plus, you can always expect to pay a little more when buying from a popular, trusted brand like Samsung.

However, the Galaxy Tab A is much more affordable than most of Samsung’s other tablets. This review takes a look at this budget tablet and all of its specifications. Although there are several older Galaxy Tab A models available through Samsung, we will specifically be reviewing the newest Galaxy Tab A 8.0. Continue reading to find out if this tablet is truly a good value that beats equally low-priced competitors.

What Is a Samsung Galaxy Tablet?

Samsung is a South Korean company that is known for their top-selling electronics and home appliances. They are especially esteemed for their mobile devices, like their tablets and smartphones, and are the number one vendor of smartphones worldwide. Samsung is a brand that you can trust that even offers one-year warranties in case anything goes wrong with your product.

Galaxy Tablet is the title given to all of Samsung’s tablets. Samsung sells a large variety of tablets that differ in price, design, and purpose. There are several Galaxy tablet series including the Galaxy Tab A, the Galaxy Kids Series, and the Galaxy Book Series which includes Samsung’s line of two-in-one tablets that can double as a laptop. All Galaxy tablets can connect to Wi-Fi, but some particular models of Galaxy tabs and other tablets can also be paired with a cellular carrier and run off a data plan.

What Is Samsung Galaxy Tab A? 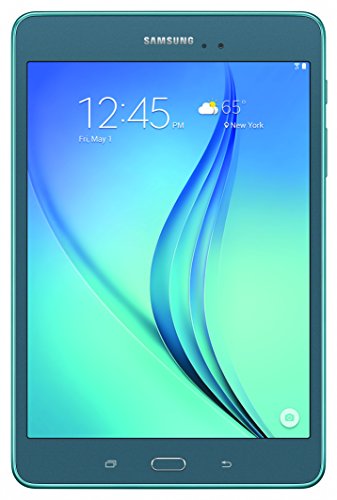 The Samsung Galaxy Tab A is Samsung’s entry-level tablet designed for individuals on a budget. The specific Galaxy Tab A 8.0 model we are looking at today is designed to be as light in weight as it is in price. It was designed to look and function similarly to the Galaxy A smartphones.

If you are considering buying a Samsung Galaxy Tab A, you’ll want to check out its specifications.

The Galaxy Tab A 8.0 weighs less than a pound at 0.79 pounds, is 8.9 millimeters thin and has an eight-inch screen. You can hold this tablet for long periods of time without the tablet feeling heavy or experiencing strain in your arm, and it is easy to grip and store in your bag for when you’re traveling.

The tablet has a plastic frame which makes it look and feel cheap. The older version of this tablet had a rubber back, but this new version has a metal back which has a nicer appearance but is harder to hold. It has a noticeable bezel and comes in either black or silver.

While most of the buttons and controls on the Tab A are in convenient locations, some customers complain that the capacitive buttons on the front of the tablet are hard to use in the dark since they do not have any sort of backlight to make them visible.

With an HD resolution of 1280 x 800, the graphics on this tablet are not great. However, that is a step-up from the previous version of the Galaxy Tab A. Some users complained that this tablet has a distracting blue display that can only be fixed using the blue filter which is actually meant for using your tablet at night in the dark. However, other reviews think the colors and contrast of this tablet are good.

This tablet has an IPS panel, and there is a small gap between the touchscreen and panel making it more reflective in bright light. Although the tablet is nice and bright, some customers were very disappointed that the tablet doesn’t have an ambient light sensor to adjust the brightness automatically. One big improvement with this new Galaxy Tab A is that it has a 16:10 widescreen display. This makes it much better to watch movies and videos than previous models that had a lot of black space between the video and the edge of the screen.

Samsung boasts that the Galaxy Tab A is built with a Li-ion 5000mAh battery that will last up to 15 hours with constant internet use. It has internal memory of 2GB RAM and can store up to 32GB without purchasing an extra microSD card. You can expand this tablet to 400GB with a microSD card. This tablet has a 1.4GHz Quad-Core processor and runs off of Android 7.1.

The device can run basic apps well and performs decently, but you should expect some lagging and stuttering. If you like to play games on your tablet, the Galaxy Tab A will give you some issues. Simple games will run decently, but some more demanding games may stutter so much that they aren’t even worth playing.

As far as tablets go, the Galaxy Tab A has a decent camera. It has an 8MP rear camera and a 5MP front camera that have both HDR and flash.

One of the main perks of the Galaxy Tab A is the software the tablet comes with. This tablet comes with Kids’ Mode which includes apps that children will love and learn from, prevents children from purchasing anything from the store or within apps, and allows parents to control what their child can access and how long they can be on the tablet.

The 2017 Samsung Galaxy Tab 8.0 is $199.99 on Samsung’s website. This price will likely go down in the near future, and you can always try to shop around and find this tablet at a cheaper price through another retailer like Amazon.

This model of the Galaxy Tab A is not compatible with Samsung’s S Pen or keyboard, so you will not need to consider paying extra money for those. If you want more than 32GB of memory on your tablet, you will need to purchase a microSD card which can be $13 to over $150 depending on how much extra storage you want.

How Does the Samsung Galaxy Tab A Compare to Other Tablets?

The Samsung Galaxy Tab A is not the only budget tablet out there. Here are a few other cheap tablets and their specifications to help you choose which tablet is best for you. 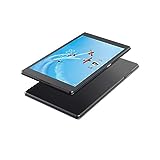 Pros and Cons of the Galaxy Tab A

If you are looking for a tablet under $200, the Galaxy Tab A 8.0 is a decent tablet that will meet all your basic needs. The included apps are a great touch, and you will be able to use most apps without a problem. If you plan on taking pictures with your tablet, this tablet is a great choice. However, the Asus ZenPad S 8.0 is only $25 more and is a much better tablet if you are willing to spend a little bit extra money. At around $230, the Asus ZenPad is an incredible bargain.