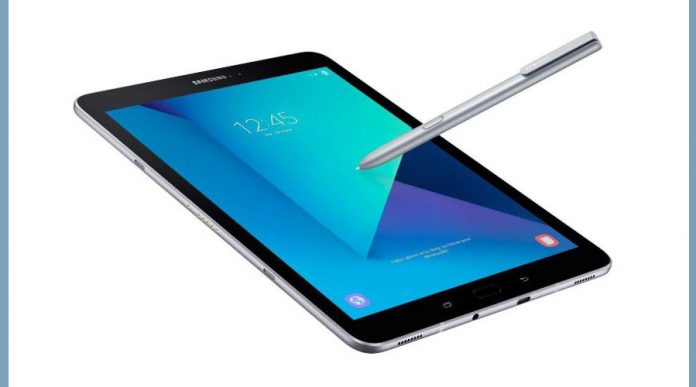 The world of mobile devices has been extremely fluid over the past few years.

Especially after Apple launched the iPad in 2012.

True, the iPad is not the first ever fully functional tablet as we know it today. It was actually preceded by other tablets made by Microsoft, Lenovo, Fujitsu, and other brands.

But Apple’s design, operating system, and other features made the world stop and pay attention to this particular device. And ever since then, the iPad has been the device other tablets are measured against. Most of the iPad’s competitors fall flat on their faces while a few manage to come close enough to the high standards set by Apple.

One such device is the Samsung Tab S3.

The price may be a bit of a shocker but don’t just dismiss it based on price. This is one of the best Android tablets on the market, if not the best. From design to performance to durability, Samsung really nailed it with this tablet.

But the question still begs to be asked – is the Samsung Tab S3 good enough to compete against its direct rival, the iPad Pro 9.7?

Well, I’ll let you be the judge of that.

You probably know a lot about the iconic iPad so I won’t waste your time by regurgitating information you already know. Instead, let’s review the Samsung Tab S3 so we can gain a better understanding of this David trying to bring down might Goliath.

The Samsung Tab S3 Review – A King in Its Own Right

The iPad has been unofficially crowned the king of all tablet devices. Judging from the sales, fan base, and, let’s be honest here, near flawless performance, that could be true.

That is until you encounter the Samsung Tab S3.

Let’s take a look at the few reasons why the Samsung Tab S3 deserves the right to have its own throne – as the king of the Android tablets.

But first, a brief overview of what this fabulous tablet brings to the table. 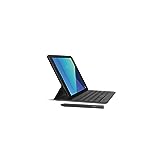 On paper, the Samsung Tab is an excellent machine. But how does it fare when it comes to practical use and living with it?

The Samsung Tab S3 is a beautiful tablet, even though it is very similar to the previous iteration, the Tab S2. But there are a few changes that immediately stand out, like the Gorilla Glass back panel that gives the tablet a smooth, cool, and comfortable feel.

Gorilla Glass panel aside, the Samsung Tab S3 is a well-designed tablet that also boasts of dimensions to write home about. It may not be the biggest loser but it certainly is thinner than the iPad Pro, albeit by only a few ounces.

Upon inspection, you will find the Samsung Tab S3 sporting a home button that also doubles as a fingerprint scanner at the bottom center of the tablet in its portrait position. This is flanked by “back” and a “recent apps” capacitive buttons. The bottom edge features a headphone jack and a USB-C port with 2 speakers on either side. The right edge features the usual volume rocker and the power/standby button. As for the top edge, it is bare except for the 2 speakers on each corner.

One design element you can write home about (literally) is the S-pen that comes standard with the Samsung Tab S3. This comes as a relief as the iPad Pro’s stylus comes with a price tag close to $100.00. Unfortunately, there is no slot to house the S-pen as in other models such as the Samsung Galaxy Note series. But this is probably because this is a full-sized pen and not one of those skeletal ones that don’t allow you to use maximum pressure and have dodgy grip.

As already mentioned, displays are Samsung’s forte. And the display on the Samsung Tab S3 is no different. Well, actually it is as this is one of the few Android tablet screens that have been future proofed by coming with an HDR ready screen. But you may have to wait a while before you get to test the HDR aspect of this screen as HDR movies are still relatively new and only a handful of streaming services have started rolling them out.

But what is HDR?

High Dynamic Range, or HDR, affords the same 2048 x 1536 Quad HD resolution, higher contrast ratios, and brighter highlights. You’ll find this especially advantageous when watching darker movie scenes in which much of the picture is lost to shadow.

I know what you’re thinking – 4K also improves the viewing experience. True, but on a smaller screen, HDR does a better job as the expanded brightness range is more effective than extra pixels. If we were dealing with larger panels, say television size, then 4k would definitely be the winner.

This means the Samsung Tab S3 offers you a taste of the future now, making it a tablet you can enjoy for years to come without having to upgrade when HDR viewing becomes prevalent. That makes getting a Samsung Tab S3 now a wise decision.

With a screen this vibrant and colorful, the iPad’s looks dull and lackluster when they are put side by side.

For audiophiles, this could be the best tablet on the market. The Samsung Tab S3 packs a set of quad speakers powerful enough to drown out the competition.

The speakers are tuned by AKG and offer crisp, clear sound with no distortions even at high volumes. But the beauty is that they sense which orientation you are holding the tablet in and adjust the sound accordingly so that you don’t miss a note. With sound coming from all four corners of the tablet, watching a movie or listening to your favorite beats can be quite an immersive experience.

This is one set of speakers that is powerful enough to wake the dead. Well, not really, but close enough.

Besides the super responsive touchscreen, the Samsung Tab S3 offers you more options in terms of how you choose to interact with it.

The first is the keyboard, which, sadly, comes separately. The good thing is that it is quite affordable. For a small keyboard, it is quite easy and isn’t as cramped as it looks. The travel distance is also quite comfortable and the keys don’t need too much pressure to depress.

The other input device is the S-Pen, which, thankfully comes in the box. This is the Samsung Tab S3’s icing on the cake. You may not use it often, but when you do, it will be a sublime experience. One of the coolest features of the S-Pen (besides it thinner nib) is the fact that you can use it to scribble a note without having to unlock the tablet. That means when you get inspiration in the middle of the night, all you’ll have to do is pick up the tablet and write without disturbing your eyes (or partner) with the bright screen.

Apart from design, the biggest breaker when it comes to tablets is performance.

Let’s face it, Android tablets are running for dear life at this moment as they are failing to cut the grade as far as performance is concerned. Especially with the proliferation of smaller and more affordable notebooks like Chromebooks that are able to provide a better experience for those wishing to push some office work on a commute.

But the Samsung Tab S3 is not just any other Android tablet. It’s the king of the hill, and that for more reasons than just looks.

The Samsung Tab S3 is powered by a quad-core Qualcomm Snapdragon 820. We have seen this SoC (system on a chip) on a number of Android smartphones already but it‘s newer to the tablet range. Although it isn’t the latest chipset, it is still one powerful one that you can expect to handle anything you throw at it, including 3D gaming. And because it has become one of the most popular chipsets, don’t worry about it becoming obsolete anytime soon. The power it brings to your device and the profits it delivers to the manufacturer will probably keep it in the game for quite a while.

Put through the Geekbench 4 paces, the Samsung Tab S3 achieved impressive scores of 4,128 (multi-core) and 1,738 (single-core).  This is way better than its predecessor, the Tab 2, and category rival the Google Pixel C. Sadly, however, it trailed slightly behind the iPad that managed to score 4,204 and 2,490 scores respectively.

In practical terms, that means the Samsung Tab S3 is quite a snappy tablet. You won’t experience any lag when switching between apps, even with a couple of other tabs open. Performance-wise, the Samsung Tab S3 doesn’t fall short – it’s an excellent performer.

While the Samsung Tab S3 received a bigger upgraded battery than that on the S2, the 6000mAh battery still runs out faster than the one on the S2. This may be due to the power-hungry Snapdragon processor and other advanced features (like the screen) that the bigger battery has to work harder to power.

Although the battery trails behind the iPad Pro’s battery, it’s still way ahead of most of the other tablets in the Android ecosystem.

With all the right things Samsung has done on the Tab S3, it becomes simple to settle on it – if you can afford around $550 (with the keyboard). It may be a bit pricier than the iPad Pro, but if you are a lover of all things Android, then it is worth it. Besides, it will be a good match for your Samsung Galaxy Note or S-series smartphone.

If you have been shopping around for the best Android tablet that money can buy, your search ends here.

Whether you need to use it for streaming, browsing the web, or finishing off some work, the Samsung Tab S3 will certainly help you do all you want to do. And that flawlessly.