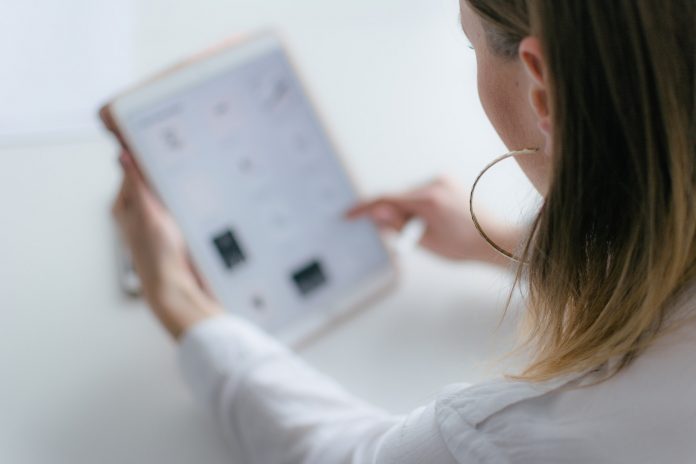 Laptops are great tools to have for when you need a balance between power and mobility, but they aren’t always the best solution.

If you do light computing work and you don’t need a lot of power, a tablet might suit your needs. It’s more portable than a laptop and is lighter. It’s also less expensive on the whole. This review focusses on the Acer’s Iconia One 10.

The Acer Iconia One 10 is a 10 inch tablet that runs on the Android 7.0 Nougat operating system. It supports many of the Google and Android applications, as well as a few third-party apps. Android is well-known to be developer-friendly when it comes to apps.

The Iconia One 10 doesn’t have the same raw power, speed, and functionality that some of its higher-priced competitors do, but for a budget tablet, you have a good deal on your hands.

Now we’ll go a little more in-depth about what this tablet can offer for the price you pay for it.

The display of the Iconia One 10 is 10.1 inches diagonal and has a 1280 x 800 screen resolution, which isn’t the highest we’ve seen, but it performs well enough for average use. This tablet, however, does not have HD capability.

One point in the display’s favor is that it has a wide viewing angle. Many LCD screens have the problem of distorted color when you look at it from an angle. The Acer Iconia One 10 has a 75-degree viewing angle on each side, letting multiple people see what’s on the screen.

The In-Plane Switching (IPS) technology of the display allows a wider viewing angle, but it sacrifices some refresh rate. This is why the tablet doesn’t have HD enabled. HD tablets and high-end displays use Twisted Nematic (TN) layouts in their screens. There is a faster refresh rate, but viewing the screen at an angle is difficult

The Iconia One 10 has internal speakers, but they are thin at the higher registers of sound. They have about 90 dB of volume, which is enough to fill a medium-sized room. However, we wouldn’t recommend using this tablet for serious music playing or as a sound system component. If you use earbuds with your tablet, it might have better sound quality.

As mentioned, the Acer Iconia One 10 uses Android 7.0. Included with this operating system are a set of useful tools, chief among which is the EZ Splitter utility. It allows you to have two or more windows open at once without having to switch between them, and this program works with most Google tools and Android apps.

You’ll need to experiment and find out what setup works best for you when dealing with the EZ Splitter utility because it can affect the tablet’s performance depending on which two apps you have paired together.

The Nougat operating system supports cloud connectivity and support, meaning that you can upload and download your data using the cloud.

Even if you plan on using the cloud, you’ll still need to have some onboard storage and RAM. RAM, or Random Access Memory, refers to the memory you have available for currently-open and cached apps and data. The tablet we looked at for this Acer Iconia One 10 review had 2GB of RAM.

It also has 16GB of internal storage, not including a potential microSD card. This addition can add up to 32 GB of storage space to your total. While not up to the standards of laptops or desktops, you can get a healthy amount of music, movies, or photos onto your tablet for your enjoyment.

For processing power, this tablet has a quad-core processor. The more cores a processor has, the more streamlined its operation can be because tasks get split between the cores, allowing them to run simultaneously.

No mobile device is complete without digital cameras to snap pictures of your favorite and treasured moments. The Acer Iconia One 10 has two cameras: one in the front and one in the back. The front-facing camera is the weaker and lower-resolution one of the pair, at only 2 megapixels.

The other camera, facing the back, has a 5-megapixel screen resolution, which is considerably better. The resolution refers to how sharp an image a camera can take, in terms of how many pixels the image contains. The higher the number, the more the image can be zoomed in and still remain clear.

Because a tablet is portable and you presumably want to use it for a reasonable length of time, you need to have a long battery life. Luckily for the Acer Iconia One 10, it does extremely well in this area. The lithium-ion battery recharges through a micro-USB port and has up to 9 hours of battery life when running at its maximum performance.

The battery is stated to have a 6,100 mAh capacity, or milliamperes per hour. This is the maximum amount of current it can pass with an hour of battery life. As tablets go, we haven’t found many that exceed this battery life. If you expect to be without access to AC power, you’re in good hands.

The biggest problem we have with this tablet is the temperature. Although it’s larger than similar models, it doesn’t seem to have as much cooling capacity as it should. One temperature measurement we took after high-demand use was 110 degrees Fahrenheit. This is hotter than is comfortable or safe; overheating electronics can ruin them or cause a fire.

You can buy this tablet on various markets and retail outlets, such as Amazon, Newegg, WalMart, Best Buy, and others.

In this Acer Iconia One 10 review, we’ll also provide you other recommendations and comparisons to other, similar models so you can decide which fits your needs best.

If you want something with more internal storage, try the Lenovo Tab 4. Where the Acer Iconia One 10 has 16GB of internal storage without SD adapter, the Lenovo Tab 4 has 32GB of storage. It’s possible that internal storage can be slightly faster than SD cards. In most applications, even a small speed advantage can help with performance. Lenovo is a trusted brand that excels in making budget notebooks, laptops, desktops, and tablets.

Tablet manufacturers often partner with software developers to provide free trials of software to users that purchase their devices. The Samsung Galaxy Tab A provides users with a three-month free trial of several different subscriptions and software pieces, mainly Google Play Music and YouTube Red. Normally, this would cost about an additional fee.

The Galaxy Tab A also has two cameras like the Iconia. However, the rear camera is 8 megapixels, and the front is 5 megapixels. The tradeoff for more powerful cameras is that the Galaxy has an 8-inch display compared to the Iconia’s 10-inch display.

As we’ve mentioned with the Iconia, it has a relatively low resolution: 1280 x 800. If you want to be able to watch HD movies or YouTube clips you’ll want something with a higher screen resolution. This is where the Asu​​s ZenPad S 8.0 comes in. With its 2048 x 1536 screen resolution, every image you view will be as clear as if you were there in person to see it.

The tradeoff here is the earlier operating system. The Iconia One 10 has the 7.0 Nougat, but the Asus model uses the Android 5.0 system. It also has 2GB of RAM

If you do a lot of regular typing and don’t want to use Google Docs or a similar service, the Flexx comes preinstalled with a year’s subscription to Office 365. The tradeoff it has with the Iconia is the slightly smaller display: 9 inches rather than 10.

Buyer’s Guide: How to Choose a Good Tablet

When you’re choosing tablets, you have hundreds of options from which to choose. Picking the right one can be challenging, so we have a few basic tips to get you started on your shopping for a new tablet.

Although tablets can support Windows, the two big competitors for operating systems are Android and iOS. Android tablets are often more general-purpose and support the download of third-party apps. If you prefer a more customizable user experience, then Android is likely your better bet.

On the other hand, iOS is more insular, as are most Apple products. Apple’s proprietary operating system only supports apps hosted on the Apple store created by in-house developers. Apple products are clean and sleek-looking, both on the outside and within the operating system. If you want a streamlined experience, an iOS tablet might be a good option for you.

Possible Uses for a Tablet

Next, you have to consider what your primary activity is with the tablet. Depending on what you’re doing, you’ll want to focus on different technical specifications, just as you would with a laptop. Here are some of the things you’ll want to check:

If you intend to do a lot of high-performance work, you’ll want a powerful processor – at least 1.2GHz and at least 2 GB of RAM. This processor speed may not seem like much, but it’s powerful for tablet processors. Mobile devices trade in power and speed what they receive in portability.

If you’re going to use your tablet to do visual work or just watch movies, your primary criteria should be RAM, processing power, and screen resolution. Having a high resolution lets you have a clearer image and zoom in to see things more closely.

Also, pay attention to the operating system. Once you’ve decided on Android or iOS, you have to figure out which version you’ll need. The more recent one you can get, the better, because they add support for more apps with each iteration. An app designed for Android 7.0 Nougat, for example, won’t work for the 5.0 Marshmallow version.

Finally, you should look at the ergonomics of the tablet: that is, how comfortable it is to hold and use. You don’t want it to be too heavy. It should weigh no more than about a pound, and it should be no more than about 0.6 inches thick.

You also should get a tablet with a slightly rough finish on the back. For one thing, it allows you to maintain a good grip. More importantly. If you set your tablet on an elevated surface, a rougher surface prevents it from sliding off due to an errant swipe of the hand. If this happens, you could end up with an expensive paperweight shaped like a broken tablet.

Another feature you might want is a support stand. A support stand lets you prop the tablet up without having to hold it.

From our analysis, we can conclude that the best value for your money in all-around performance and aesthetics is the Acer Iconia One 10. Although some other tablets outperform it in certain categories, you likely couldn’t find a better general-use tablet.